‘Smart grids’ have the potential to save energy and reduce costs for electical infrastructure. Ben Gardner, president of Northeast Group, and Chris Testa, research director for the same US-based research and consultancy firm, discuss their growth in the region

In simple terms, can you describe what a smart grid is?

A smart grid introduces advanced information and communications technology (ICT) into the electric infrastructure. The core element is sensors with two-way communications sending data back to analytical software. These ICT tools and applications give both utilities and customers improved information and control over power flows and usage, and help to better optimise supply and demand. Benefits include saving energy, reducing costs, improving reliability and introducing more efficient pricing mechanisms. The foundational layer of a smart grid is smart metering and then, building from this, utilities are deploying additional sensors in their distribution and transmission grids. 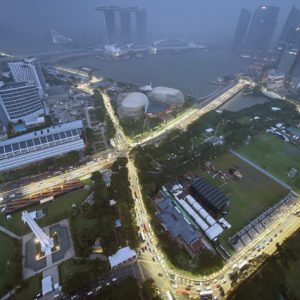 Which countries in the region are leading the way in smart grid development, and can you explain what each of these countries are doing?

Singapore is by far the most developed smart grid market in the region. It has already begun large-scale smart meter deployments, and has concrete plans for a full roll-out. It is also experimenting with different tariff mechanisms to enable “demand response” programmes. These programmes involve pricing electricity higher during peak load times (and lower during off-peak times) and/or offering incentives to customers who reduce consumption during peak times. This is a great example of how countries can approach energy challenges from the demand side and not solely from the supply side. Elsewhere, Malaysia, the Philippines, and Thailand have all created smart grid roadmaps and there have been notable pilot projects in all of these countries. Large-scale investment in these countries, however, is still likely a few years away.

Are there any efforts to introduced smart grids in the less developed countries in the region?

First, the less developed countries are not fully electrified. As new customers are added to the grid, it might make sense to “leapfrog” to smart meters, rather than giving these customers legacy meters that may become obsolete in the next several years.

Second, for those seeking electrification in more remote areas, microgrids that use distributed generation and smart grid infrastructure may make more sense. Finally, Laos and Myanmar both have distribution loss rates above 20%, meaning one fifth of power produced is ‘lost’ or not paid for by customers. Smart meters are the most effective tool to tackle electricity losses, so there could be a strong business case for smart meter deployments in parts of these countries.

How much money has currently been invested in this technology in the region and how large will the smart grid market be in Southeast Asia by 2024?

Northeast Group estimates that $789 million has been invested overall in smart grid infrastructure in Southeast Asia so far. This includes AMI (smart metering), distribution automation including substation automation, wide area measurement, home energy management, IT and battery storage. So far, most investment has been in substation automation, energy storage, and IT investments such as in geospatial information systems (GIS). By 2024, Northeast Group is forecasting that cumulative investment in Southeast Asia will reach $17.6 billion, so it will be a very significant market. Smart metering will be the largest segment by far, followed by storage and distribution automation.

Outside of Singapore, smart grid development in Southeast Asia has seen a more measured pace, with more of a focus to date on planning rather than actual infrastructure deployments. This is in part because distribution losses are low in the region. In most emerging market regions, reducing distribution losses creates pressure for near-term activity, but this is not the case in most of Southeast Asia. Smart grid development in the region is more linked to overall infrastructure growth plans. As long as GDP growth rates in the region remain high, smart grid plans should develop and deployments can be sustained.

Does it tend to be foreign companies developing this technology or regional businesses?

Most activity in the region is led by large companies from North America, Europe, Japan and South Korea. The most notable exception is the Singapore-based vendor EDMI, but EDMI is now owned by the Japanese company Osaki.

In some cases, foreign vendors have partnered with local firms. Examples of these local firms include Comintel and MiM from Malaysia. More local firms are bound to emerge as the market grows.

How can smart grid technology impact on environmental degradation in the region?

Smart grids can have several positive impacts on the environment. For example, smart grid infrastructure can help to reduce energy consumption. Studies have shown that simply making customers aware of their electricity consumption in real time can reduce consumption by as much as 10%. If enough customers shift consumption to off-peak hours – a common goal of demand response programs enabled by smart grid – then utilities are less likely to need to build peaking power plants that are often polluting and expensive.

Additionally, advanced distribution automation technologies such as Volt/VAR optimisation can reduce wasted electricity for all customers. Smart grids also have a positive effect on the environment by enabling greater use of renewable sources of energy. Through improved storage and demand management technologies, smart grids can better manage the variability or intermittency of renewable sources of energy such as solar and wind power. Similarly, smart grids will enable greater use of distributed generation and microgrids. These will reduce the need for new transmission infrastructure.

What has been the role of the region’s governments in the effort to introduce smart grids in Southeast Asia?

In every region of the world, governments and regulators are critical for smart grid development, given how heavily regulated the utility sector is. Countries require proactive regulatory frameworks to fully move ahead with smart grid infrastructure deployments. At a regional level, there has already been discussion in ASEAN about the positive role that smart grids can play. At the individual country level, Singapore, acting through its state-owned utility, has been very active in advancing smart grids. Malaysia, the Philippines, and Thailand have all been proactive as well and have developed smart grid roadmaps that should guide regulations and incentives.

Looking globally as a benchmark, those countries with strong regulatory environments have put in place regulations such as smart meter mandates (for example 80% penetration by 2020), grants for smart grid projects, and incentives that promote distributed generation with two-way metering. There is still plenty of room to expand these types of regulatory incentives in the Southeast Asia region.

Do you have anything else to add?

Southeast Asia rates as a strong region for smart grid development in the medium term due to its extensive infrastructure needs, but investment in the near term may lag behind some other regions due to low per capita electricity consumption and overall low distribution loss rates, which are typically the immediate drivers of smart grid deployments in emerging markets.